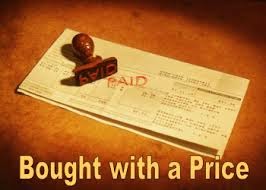 Hell No, We Won’t Repent

My friend, Dave Perkins, gets to the heart of the matter when it comes to the attitudes of women who have had an abortion.

I’ve known several women who have told me they’ve had abortions. There are two life responses I’ve observed.

One is an abiding sense of guilt and shame […] at least until they found God and Christ and forgiveness (that is the context in which I have had these discussions with them). Somewhere in their souls they know they are objectively guilty in this, and only God can forgive such acts. So, they seek Him and find Him and find forgiveness.

The other is a FURIOUS ANGER at anyone they believe might possibly be entertaining a tiny bit of anything like judgmentalism against them for having done that. (…)

They don’t seek forgiveness; they want JUSTIFICATION and will punch in the face anyone who won’t acknowledge their act was not unjust.

(…) Not wanting to face something so horrible about yourself is a very strong motive for activism and high loud moral outrage, folks. Don’t undervalue that.

This second kind of person pops up all over the Kavanaugh travesty.

It’s difficult to face the fact that you have murdered, and that the victim is the one person over whom you have total control. If you refuse to face it, that person loses sentience in you mind and becomes just a clump of cells, like your fingernails or your hair.

But there’s more to this phenomenon than the non-personing of unborn babies. The refusal to see the reality of one’s iniquities leads to blindness of the spiritual variety. This blindness seems to turn what is obviously murder into an issue of power.

For the women who justify abortion, the notion that her body is not her own is infuriating. “My body, my choice” is more than just a statement of personal sovereignty; it’s a statement which refutes God’s ownership of each individual.

It’s not a coincidence that many abortion activists are atheists, or they subscribe to a caricature of “God” – a god who let’s them do whatever they want. I think that latter god is real. Some call him Lucifer.

And whoever may act to not allow them to do whatever they want – or even those whose speak out against what they want – is deemed as evil. So it is that, any tactic used against this enemy is fair game.

The repeated attacks on Supreme Court Justice Brett Kavanaugh sit atop this twisted spiritual foundation, a foundation made of death to the innocent. Christine Blasey-Ford even admitted this.

Thus is the fruit of the refusal to repent.

One more thing. Here’s how I know that this spirit is from the Adversary — besides the fact that it involves murder. The activists want every level of society to be complicit in the abortion industry, starting at the level of the money in your pocket.

This site uses Akismet to reduce spam. Learn how your comment data is processed.

Last reply was 2 days ago